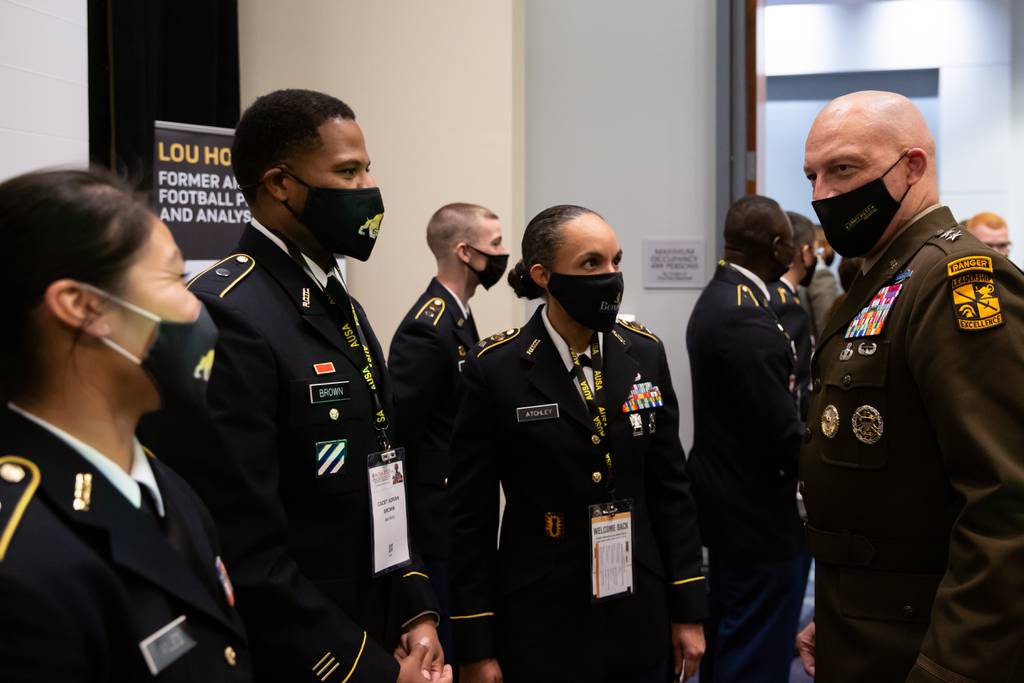 WASHINGTON — The Army is embarking on a massive effort to improve how it manages talent across the force. And the service’s leading source of officers implements these principles at the very beginning of an officer’s career – before it even begins.

Until recently, the primary consideration when assigning junior lieutenants to one of the 17 base branches of the military was the nebulous “needs of the military,” along with an order of merit that ranked each cadet who was competing for an active duty commission.

“Being an ROTC grad myself…which I went through years ago [was] really driven by the needs of the military,” Maj. Gen. Johnny Davis told Army Times at the Association of the U.S. Army’s annual meeting on Tuesday morning.

Davis took command of Cadet Command based at Fort Knox, Kentucky, in August and sat down for a one-on-one interview.

“What’s very different is that it’s, I believe, more seamless than ever…compared to how I went through the branching sequence [more than] 30 years ago,” the general added.

Now, the branching process takes into account the skills, talents and preferences of the cadets. The process includes a new web portal where cadets take a talent assessment exam, find out which talents each branch is looking for, and submit their resumes and preferred branches.

A key part of the new initiative, Davis explained, was a concerted effort to educate cadets on the importance of taking talent assessments seriously and spending time learning about branches.

“[Cadets] need to be more transparent…[they] have to be part of that process,” Davis said. “Or, we can potentially have superstars landing in a branch that isn’t one of their favorite branches…keep[ing] this talent is going to be more difficult if it’s not one of the branches they want to land in.

For the first time, cadets are conducting branch interviews via videoconference, which will allow them and representatives from different branches to assess their mutual fit.

“Some have interviewed 15 agencies; other interviewees [only] two or three,” Davis noted. “It gives you the opportunity to educate yourself, and we’ve opened the doors to allow that to happen.”

Davis believes that improving the talent management process and finding mutual matches between cadets and the position they will hold as officers will increase the quality, morale and retention of junior leaders overall. of the force.

“Once you land the right job, all the other things start to fall into place throughout your military career,” Davis said. “It’s a good thing for the force, and I think it’s a good way to retain talent and then continue to manage that talent throughout a successful career.”

Results from the first round of talent-based offshoots will be released soon, Davis said.

Davis Winkie is a staff reporter covering the military. He originally joined Military Times as a reporting intern in 2020. Prior to journalism, Davis worked as a military historian. He is also a human resources officer in the Army National Guard.