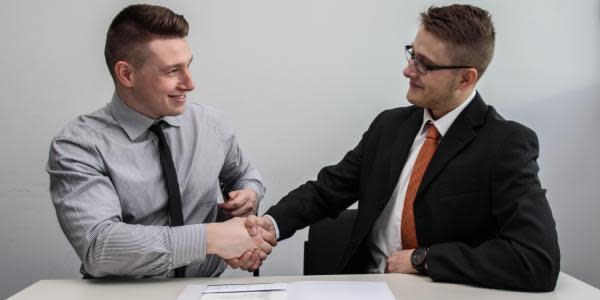 All managers, whatever their titles, are in essence human resources managers. Okay, “HR Manager” might not be their job title or description in the strictest sense of the word, but all management is HR management at its core, in the sense that human resources d a company are its employees, and it’s a manager’s job to, well, manage them.
Executives in leadership positions are responsible for hiring, placing and supervising their “people resources” (hereafter referred to as “team” or “team members”) and setting them up for success. Ultimately, the team’s success, or lack thereof, reflects directly on how well their managers did their jobs.
So, let’s discuss how high-impact managers organize their teams for success.
Hire for talent

For a long time, conventional wisdom has dictated that hiring managers should focus on experience, education, or even intelligence when screening their candidates. While these three qualifications are certainly not unimportant, according to Marcus Buckingham and Curt Coffman in their book First, Break All the Rules: What the World’s Greatest Managers Do Differently, the most important hiring criterion should be talent (The Balance Careers).
Never overlook the raw talent a person may have for a specific task or role. Educational credentials don’t necessarily speak for abilities, and neither does experience (although that’s probably a better indicator). What speaks abilities are:
Test results (especially experiential tests)
Behavioral interviews
Background checks – I’m not talking about criminal background checks (but definitely do them!). I’m talking about checking references and talking to people who can give you candid assessments and concrete examples of your candidate’s abilities.
Play to the strengths
Many managers mistakenly believe that their job is to root out the weaknesses of their direct reports and turn them into strengths, but this notion is not only wrong, it is counterproductive. If someone on your team isn’t a “people person,” rather than wasting a lot of time (and possibly money) on training, coaching, and trying to force that leopard to switch places… maybe you don’t make this person your customer service representative. Doing so would be an exercise in futility and would end in frustration for you, that employee, and your customers.
Instead, find what they ARE good at and spend your energy there. Say Buckingham and Coffman: “People don’t change that much. Don’t waste time trying to put in what was left out. Try to pull out what was left in it” (The Balance Careers). Is Bob, shy and somewhat awkward, a master of organization and problem solving? Well, he (and you) will be better served if he focuses on something like planning and/or quality control.
Mitigate Weaknesses
When we talk about playing to strengths, that doesn’t mean you should ignore weaknesses or never give anyone a chance to improve. According to Marcus Buckingham, head of people and performance research at the ADP Research Institute, the best managers mitigate the weaknesses of their team members in one (or a combination) of four ways (Harvard Business Review ):
If the problem stems from a lack of skills or knowledge, “provide the appropriate training, allow some time for the employee to absorb the new skills, and look for signs of improvement.”
Pair them with others whose talents are strong in areas where theirs are weak, so that they fill in the gaps of the other.
Teach them a concrete technique that helps them accomplish something through a discipline that doesn’t come naturally to them.
Rearrange their work environment/responsibilities to make their weakness irrelevant.

Get out of here
To address this next point about what great managers do to set their teams up for success, let’s talk about something they don’t do: they don’t micromanage. Instead, they clearly communicate their expectations, listen to feedback from their team members, make the necessary decisions to establish results, and then step aside and let their employees do their job (Michael Page). Employees who feel trustworthy are more apt to reach their potential and are even more determined to perform well because they realize that their success is the result of their own efforts and not because their manager pulled the strings all along. along the effort.
Recognize individuality (play chess, not checkers)
An old cliché tells us that there is no “I” in “team”. But as Michael Jordan once said, “There may not be ‘I’ in ‘team’, but there is in ‘winning’.” The best managers don’t use a one-size-fits-all approach. They realize that their team is made up of individuals and strategize accordingly.
In the words of Marcus Buckingham, “Average managers play checkers, while great managers play chess. […] In checkers, all pieces are uniform and move the same; they are interchangeable. […] In chess, each piece moves in a different way, and you can’t play if you don’t know how each piece moves. More importantly, you won’t win if you don’t think carefully about how you move the pieces. Great managers know and appreciate the unique abilities and even quirks of their employees, and they learn how to best integrate them into a coordinated plan of attack” (Harvard Business Review).
By Fernando Ortiz-Barbachano
President & CEO of Barbachano International (BIP)
Barbachano International is the premier executive search and leadership consulting firm in the Americas (United States, Mexico, Canada and Latin America) with a focus on diversity and multicultural target markets. Outplacement and executive coaching services are provided by our allied sister company Challenger Gray & Noël. BIP has been recognized by Forbes as Americas Best Executive Search Firm for 6 consecutive years and currently ranks #26 and #3 on the West Coast.