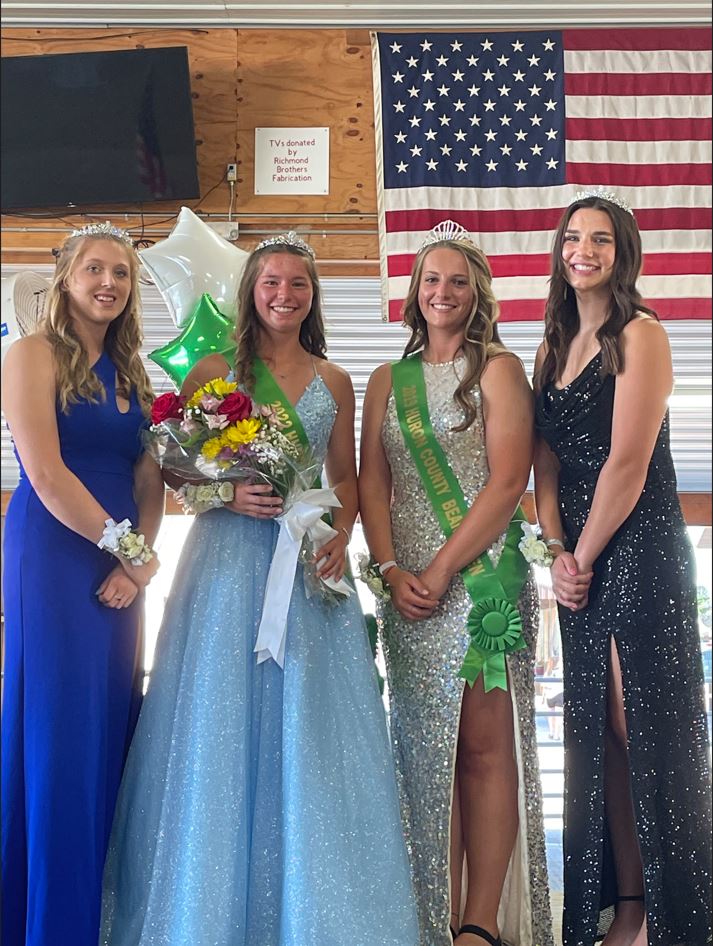 She was announced as the new bean queen on Sunday July 31, the first new queen in two years in the wake of the pandemic.

“It’s definitely an honor and I’m grateful to have the opportunity to represent the bean industry,” she said.

Emming and his court, which includes Hailey Mausolf and Samantha Warczinsky of Minden City, will represent the Huron County Bean Growers at various county events and activities.

Supporters of the pageant include Northstar Bank, Tri-County Equipment, GreenStone Farm Credit Services, Bad Axe’s East Side Tire Shop, among others, who gave gifts to the new queen. The freebies included a free Moments Captured by Vanessa of Ubly photoshoot, though most other freebies were monetary.

“I plan to keep the majority of the freebies for my future, but I’ll use some of them to pay for gas,” Emming said. “The gifts were greatly appreciated and I would like to thank the donors for their generosity.”

The coronation was preceded by a talent show sponsored by Huron County 4-H where members were able to show off their athletic and performance skills.

Building change leadership from the bottom up