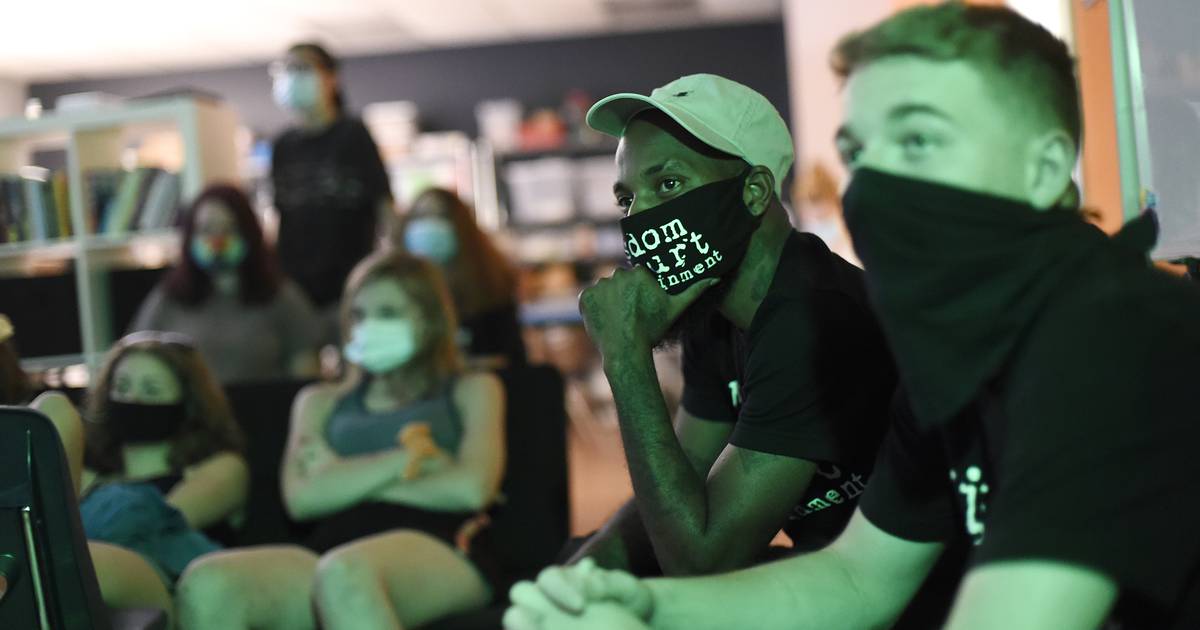 A group of young artists, including 15-year-old Kylie Behegan, will participate in the Youth Talent Showcase and Dance Party on Saturday, organized by Carroll County’s new nonprofit Find Your Purpose.

Founded by Westminster rapper Billy Lyve, the organization hopes to transform children and young adults into impressionable members of society by helping them find their way in life.

Lyve teaches a youth group called ‘Real Talk with Billy Lyve’ at the Rise Up Community Center in Westminster every Thursday, as well as owning a music production and promotion company called Wisdom Court Entertainment which specializes in all forms of entertainment music, consulting, reservations, media, marketing and promotional opportunities.

He often takes the kids he mentors to the studio and teaches them to do a variety of things such as audio engineering, videography, photography, and graphic design.

Behegan is part of Lyve’s youth group and is participating in this weekend’s talent showcase. The Gateway Crossroads High School sophomore will perform an original song she wrote when she was 11 called “Find Your Worth.”

“Billy has been a really big support for me,” she said. “His band helped me grow not only musically, but as a person… Everyone should know his name.”

The teenager said she was delighted to get together with other young people this weekend so they “can enjoy each other’s talents” in a non-judgmental space.

“This is our first event under the umbrella of a non-profit organization, so it’s very important to me,” Lyve said. “Children have been stuck indoors for most of the COVID-19 pandemic and they have so much energy and emotion that they need to get outside.”

Thirteen artists, including several feature films and children aged between eight and 18, will take the stage on Saturday at Project C Studios at 519 Westminster Pike in Westminster. Doors open at 5 p.m. and the show starts at 5:30 p.m. A dance party will start at 7:30 p.m. and will last until 9:30 p.m.

Tickets are $10 for children and $15 for adults. All proceeds and donations will go directly to Find Your Purpose programs.

If there’s big news, be the first to know.

“Music is a universal language…and a way to reach kids in a different place,” Lyve said.

Katie Feroli Graham, founder of the Carroll County nonprofit My House, said when she first met Lyve the two “just clicked” because they shared the same ideas and goals when was about helping children.

Ma maison focuses on an alternative approach to providing housing and support services to young people coming out of foster care.

“The music is so cool because everyone can relate to it,” she said. “Children want a place where they feel at home and where they are comfortable.”

She said the event would be “cool for the community” and she hopes a lot of people will come out.

“It means a lot to kids to have a way to express themselves,” she said, adding that her daughter would be dancing in the talent showcase.

Another Lyve supporter, Tina Thomas of the Infinite Love Project, said Find Your Purpose “gives kids a voice and helps build their confidence by showing them that the community will support them.”

Which talent show should you audition for? Take this quiz to find out