“It’s a Poundland version of The X Factor!” Simon Cowell’s Walk The Line is dividing viewers with much confusion by format as the talent show makes its long-awaited launch

By Ellie Phillips for Mailonline

But the launch of the Walk The Line series – hosted by Maya Jama – left viewers divided, with many confused by the format and others comparing the new ITV show to a cheap version of the X Factor.

Those who listened were also taken aback when the very first contestant, AJ Brown, 31, performed a cover of the Beach Boys hit God Only Knows, after introducing himself as a singer/songwriter. 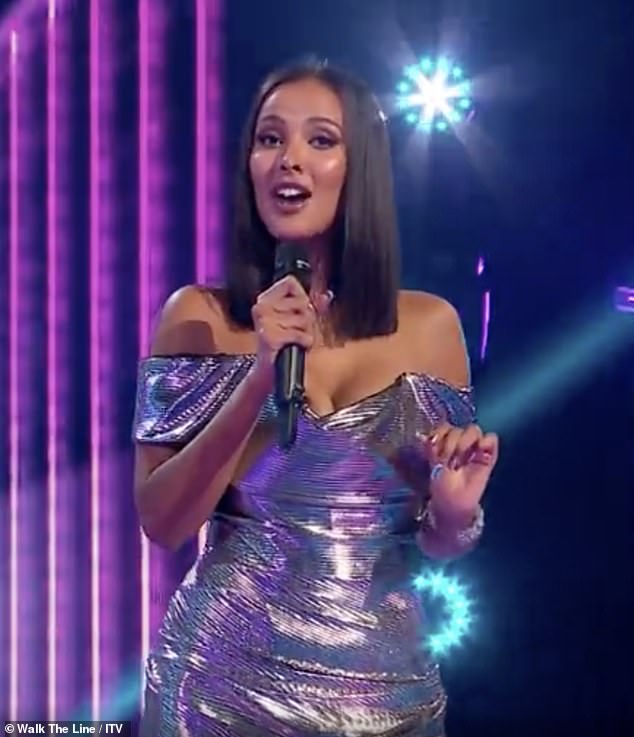 Confuses! ITV’s new talent show Walk The Line – hosted by Maya Jama – has left viewers divided, with many confused by the format after the series launched on Sunday night

Opening the show, Maya explained, “Every night this week, five incredible performers will take to this stage to compete.”

“And on Friday night someone will bring home half a million pounds. All they have to do is stay in the competition. 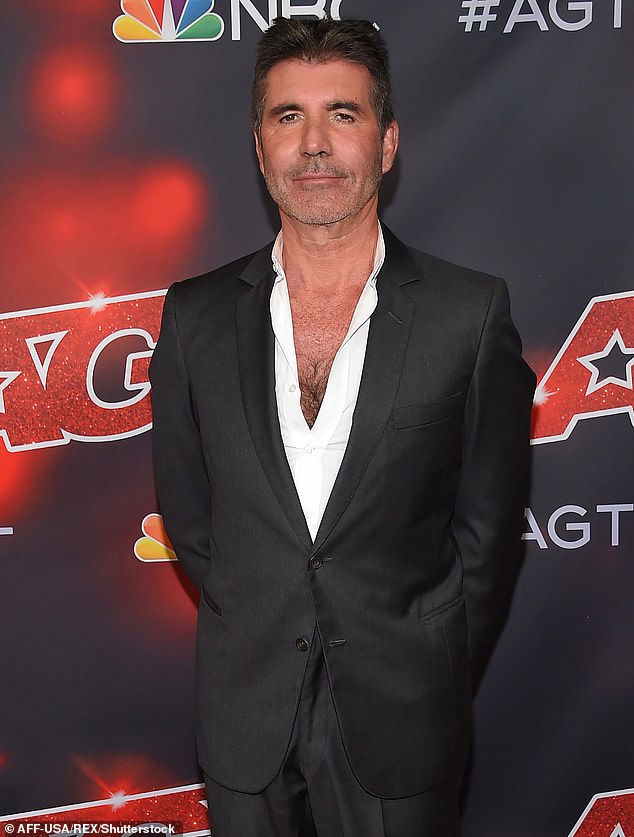 “Tonight the voting public will crown our first winner, but that’s where things get interesting… Because the winning act will then have to face a very big decision.

“Are they cashing in for ten thousand pounds tonight or will they toe the line?”

One viewer sarcastically tweeted: ‘Absolutely nothing like Xfactor/the Voice/Britains has talent.’ #walk the line.’ 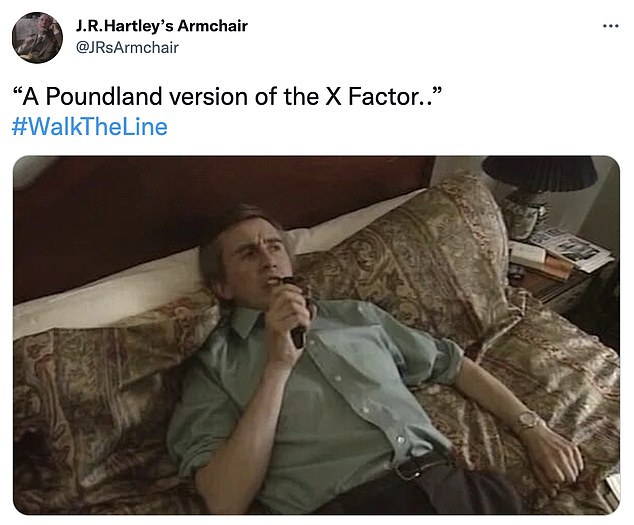 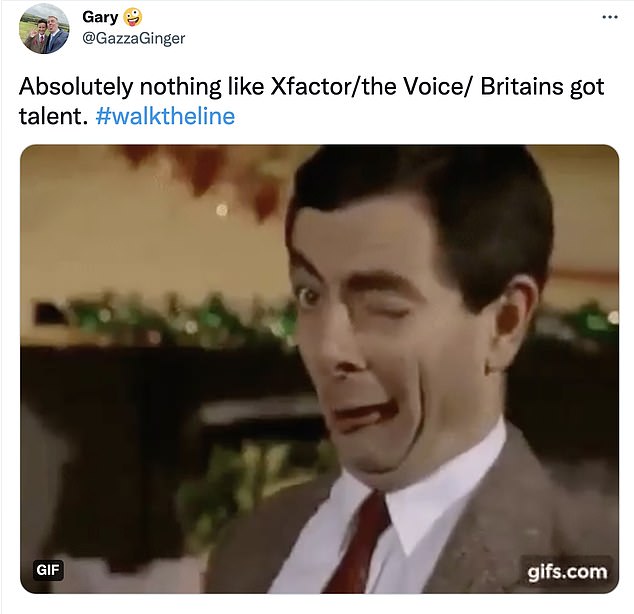 The X factor? Some viewers compared the new ITV show to a cheap version of X Factor

‘Congratulations to Simon Cowell for making a show even worse than X-Factor. #WalkTheLine,” someone else shared, while another viewer noted, “So… #walktheline… it really is an X Factor remake then?!

‘Am I thick or is it like a shorter version of X Factor?? With a cash prize?? #WalkTheLine,’ a confused fan asked. 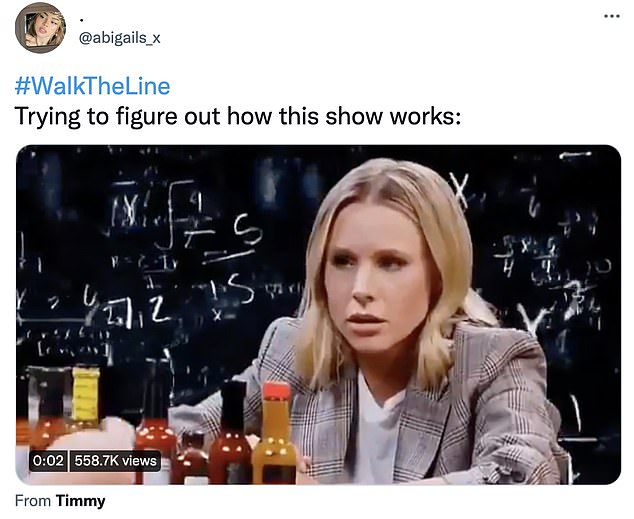 Confusion: Many viewers were confused by the format of the talent show

“I really don’t understand the format of this show, whatever it is #WalkTheLine,” admitted one fan, another adding, “#WalkTheLine Trying to figure out how this show works”

Noting the confusion surrounding choosing not to sing a self-penned song, one viewer tweeted, “‘I’m a singer/songwriter’ *sings #WalkTheLine cover.

Someone else fumed: ‘I’m a singer-songwriter, so how about one of your own songs, not karaoke! #WalkTheLine,” with another confession: “P**sing us laughing at singer-songwriters singing cover songs. #Walking the line.’ 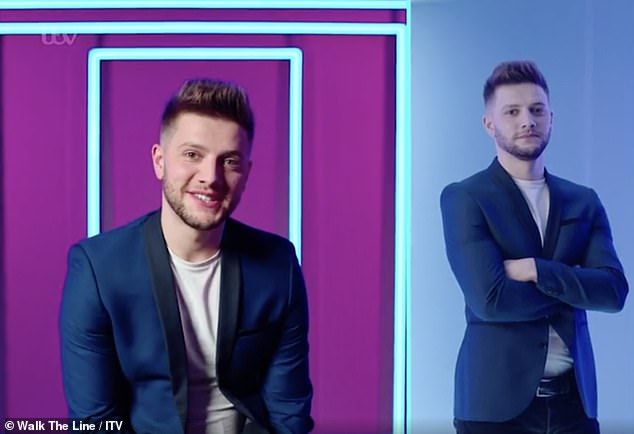 Eh ? Those who listened were also taken aback when the very first contestant, AJ Brown, 31, performed a cover of the Beach Boys hit God Only Knows after introducing himself as a singer/songwriter. 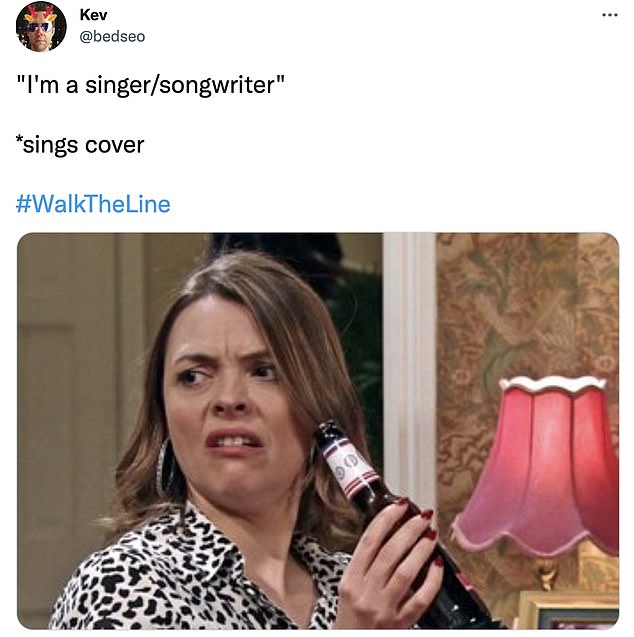 What? Those who listened were also taken aback when the first contestant performed a cover of the Beach Boys hit, God Only Knows, after being introduced as a singer/songwriter. 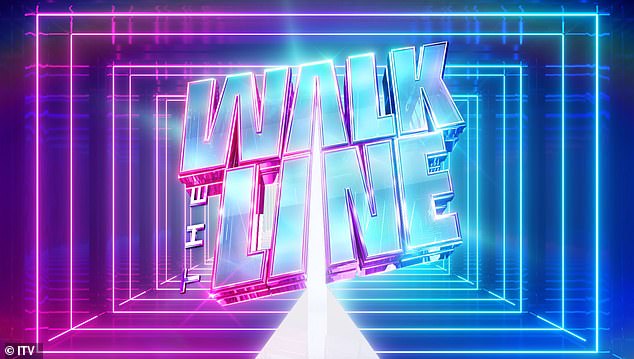 It’s here! Walk The Line began on Sunday December 12 at 8 p.m. on ITV and ITV Hub