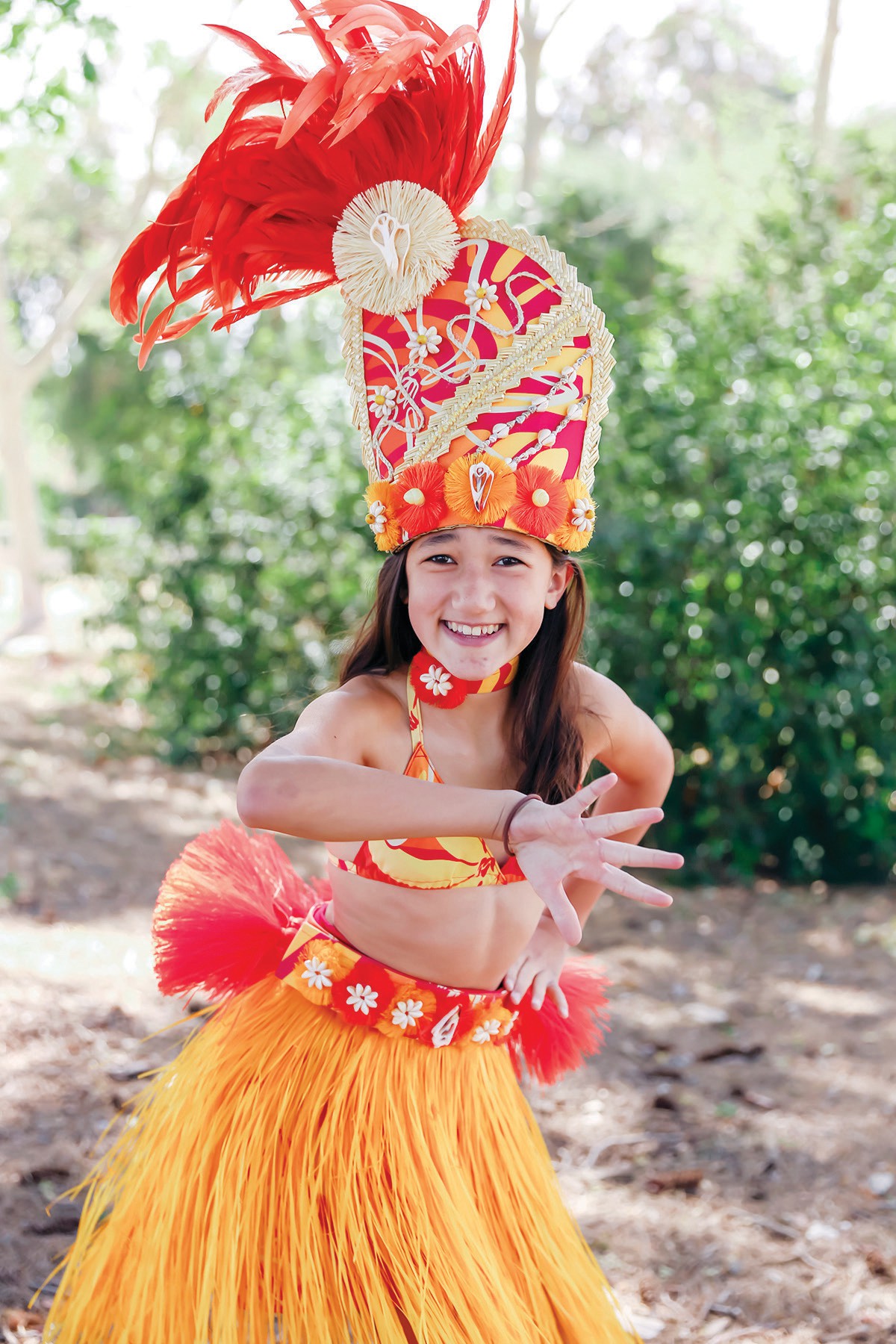 As she took to the stage at the High Street Arts Center in her straw skirt, floral top and elaborate headdress, Noelle Gibson was afraid she would forget the routine she had been practicing for weeks.

But she was convinced that the rhythm of the dance that she loved would capture the attention of the public.

The 12-year-old won first place at the sold-out Moorpark Has Talent show on March 11 with her spirited Tahitian dance performance.

“It means a lot to me because it motivates me to keep dancing and it helps me stay involved in theater,” Noelle said.

Moorpark Has Talent was organized 11 years ago. This year’s event, a partnership between the city and the theater, was the venue’s first in-person show since the pandemic began.

“It’s an important tradition,” said Jack Cleary, the theater’s box office manager. “It shows the shining stars we have in this small community.”

The event, Cleary said, also showcases the stars the city attracts from other communities.

While many contestants live in Moorpark, others go to local schools or, like Noelle, travel to Moorpark to participate in activities or volunteer.

Noelle said she heard about the talent show while playing the lead in the High Street Arts Center’s recent production of “Matilda.”

Bringing her lifelong passion for dance to the Moorpark stage, she said, seemed like a natural fit.

“You can tell a story through music and through your movements,” Noelle said. “It’s something unique. There’s nothing but dancing.

She chose to perform a dance called ‘ote’a arora’a, which she learned by taking hula lessons. She combined parts of several routines and added some of her own steps.

The hardest part was the choreography and memorizing the dance, Noelle said. She practiced for an hour every day for several weeks.

“I felt like if I tried hard, I could make it,” she said. “Even though it’s a lot of work, it’s very rewarding to be able to dance.

Despite her nerves, when March 11 rolled around, she said she enjoyed meeting the other contestants in the locker room, many of whom were in high school and college.

“Everyone was really nice,” she said. “It was really cool to see them play and then get to know them backstage.”

“We fully support her and are happy to see how happy she is there,” she said. “I could just sit there all day watching her play.”

A panel of four judges, along with members of the public, voted for their favorite performance.

“I think Noelle won first place because it was such a unique act,” Cleary said. “Personally, I’ve never seen anything like this at Moorpark Has Talent, and it stood out to the judges.”

Noelle agreed that the unique nature of her dancing set her apart, but said she didn’t expect to win the competition.

“It was very shocking but also very exciting because there were very talented people there,” she said.

As the first place winner, Noelle received a $500 prize, which she will use to pay for her eighth grade trip to Washington, D.C.

Noelle said she encourages others to step out of their comfort zone, regardless of age.

“It’s not about winning,” she said. “It’s about having fun.”

Moorpark Has Talent was designed to encourage creative expression and bring the community together, Cleary said.

And the Gibsons say that’s exactly what they did.

“We want to thank the town of Moorpark for putting on the talent show and allowing people to show what they love and appreciate,” said Sandra Gibson. “We’re just amazed at how tight-knit and welcoming this community is.”

RAY J AND NIECE SY’RAI SMITH HOSTED A TALENT SHOW AND IT WAS HILARIOUS!