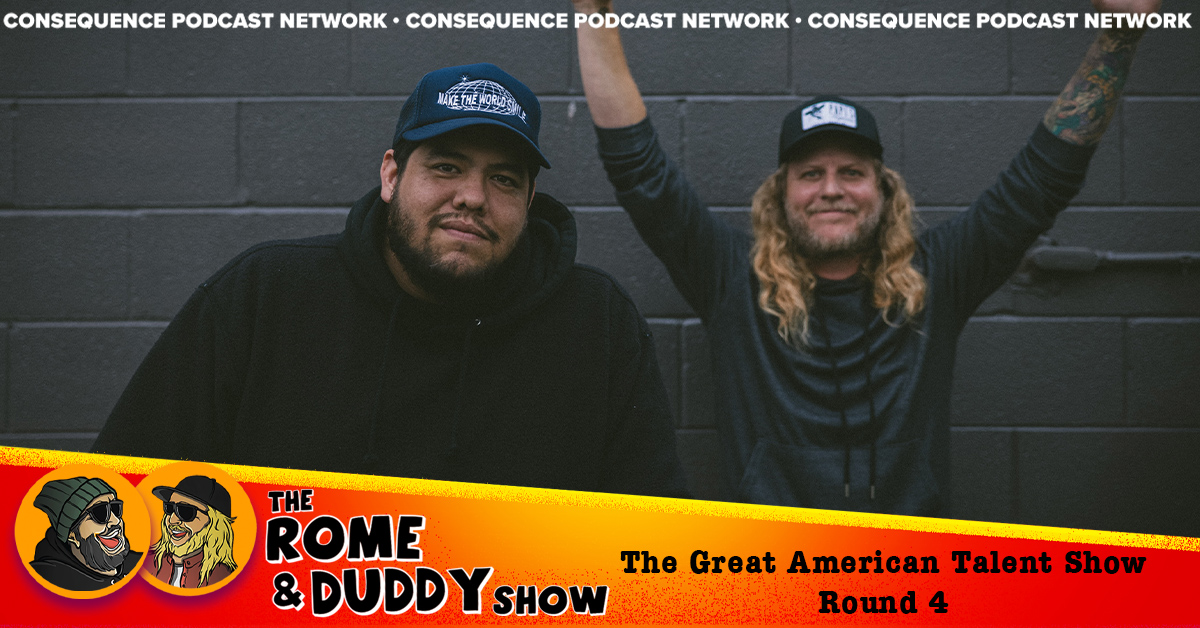 Following the relaunch of Feel good with Duddy podcast, The Rome and Duddy show officially joins the Consequence Podcast Network! Duddy B and Sublime from Dirty Heads with Rome Ramirez present a new series loaded with laughs, good music and some bad words – and The Great American Talent Show!

What better way to ring in the new year than with a new round of fan-favorite talent contests from the show. Join Rome and Duddy as they judge 10 fan-submitted talent nominations and narrow them down to the top four. After the show, listeners can vote for their favorite and a winner will be announced in a later episode. Whoever comes out on top will get a prize from the guys!

Listen to the debut of CPN The Rome and Duddy above and watch the full video – which includes all of the fan submission clips – below.

Be sure to like and subscribe to The Rome and Duddy show wherever you get your podcasts and follow CPN for updates on all our series.

Arriving with new episodes every Friday, The Rome and Duddy The show reunites with longtime friends and collaborators Rome Ramirez and Duddy B catching up each week, interacting with fans and generally bringing good vibes!