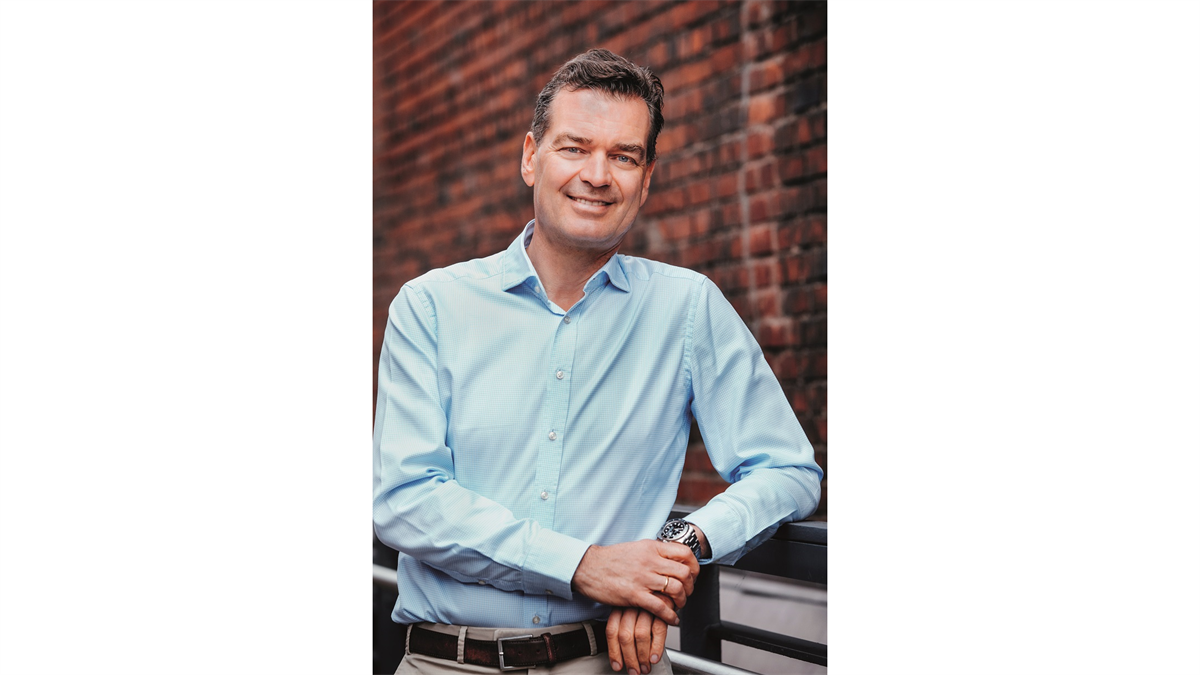 Frank Pörschke, CEO of P3 Logistic Parks, discusses his strategies for building the right team at the logistics leader, while attracting talent for future growth.

While labor shortages for logistics occupiers have made headlines in recent months, these aren’t the only companies struggling with their slate. The low availability of employment in Europe has also affected real estate companies, which are looking to strengthen their teams.

Yet P3 Logistic Parks, one of Europe’s most active logistics companies, today remains on track with its growth ambitions and demonstrates a strong knack for retaining its best people. So what is the secret of P3?

Frank Pörschke, the CEO who took charge of the company from April 1, 2021, says his human resources strategy emphasizes the “attractiveness” of the company while maintaining a fundamentally human-centered. “Finding talent is difficult for many companies right now,” he says.

“This is a particular challenge in a fast-growing industry like logistics, which has also struggled to convey its appeal in the past. At P3, we are growing as a business and looking to add 15-20% more employees every year while competing with other companies doing the same.

“Fortunately, the reputation of the logistics profession has changed in recent years. If you go back a few years, the real estate sector was not considered particularly attractive and logistics and industrial were considered even less glamorous. Over the years, this perception has clearly changed.

“Trends such as e-commerce and technology have made logistics more attractive and as a business we have also been able to build our name. A company like P3 in the past was only known to a small group of people in this niche industry. But we have learned that it is important to develop our profile in order to inform and inspire potential candidates as well.

International team
P3 currently employs approximately 230 people in 11 markets and has a management team of 18 with its headquarters in Prague, Czech Republic. The international thread also runs through the P3 staff, says Pörschke: “Our management team includes 20 nationalities, from Greece to Malaysia. I think running our headquarters from Prague also contributes to our internationalism. If we were in Frankfurt, for example, there might be a tendency to build a predominantly German team.

In terms of diversity, P3 has a team that is split 50/50 between men and women. “We have less female representation in our senior ranks, but that’s something we’re working on,” he says. “It is a medium-term objective. We are a meritocracy, but we want to emphasize the development of our female colleagues. I have a strong belief that diversity is good for team performance.

He adds: “Another way of trying to attract diverse talent is to broaden the network of how we find people. Previously, we relied heavily on our network and one-to-one connections – we are now expanding this to include different career websites and resources, to also reach people elsewhere.

Attract new talent
According to Pörschke, potential employees are often “really impressed with the track record of P3… the shareholders, our growth aspirations, our level of growth. And that’s one of the reasons why people want to join us”. He explains, “In a highly competitive environment for the right people, we are seeing positive results. We want to attract people by giving them a lot of responsibility; by giving them a chance to grow, in an entrepreneurial context, combined with institutional stability. Good people attract good people – so we also try to be friendly, attractive and welcoming.

One of the characteristics of working at P3 is its flexible approach. Employees are not required to clock in or clock in at a specific time and can also work remotely two days a week. “We usually ask people to come three days a week, although we can also look at this on a case-by-case basis,” he says. “We pay adequately and try to make it attractive for top performers to join us.”

Despite the challenges, Pörschke says he is generally satisfied with the talent pool that presents itself in educational institutions today and believes that there are enough graduates from specialist schools. “I also like the Anglo-Saxon approach, where you don’t specialize too early,” he says. “It may be more important for people to be analytically strong and bring learning skills to a role. The bottom line is that people should be ambitious; what you have studied becomes less relevant over time.

Looking to the future
Another way for a company like P3 to make sure it attracts talent is to play a pioneering role across the industry. Pörschke says, “Adopting proptech is one way to show that we value our people, because automation can help take over routine or repetitive tasks, leaving talent to focus on the more interesting things.

“Similarly, having the right view of environmental, social and governance (ESG) issues is also important for the talent pool. We emphasize the E because we are leading with sustainability in our buildings, and we believe we have good governance in place. As far as S, the social part, I think it’s first and foremost the right thing to do, and second, it means a lot to current and future employees.

He concludes: “At the end of the day, attracting talent is important and retaining it is essential. I’d like to think that P3 is a rewarding and interesting place to work – we’re really good at team building events and also have fun together. Working hard and playing hard creates a strong family bond that sets us apart from the competition.

A witty, Wiseman-esque documentary about the art school staff and their budding…